There is no better time to prevent future illnesses and injuries than in utero. 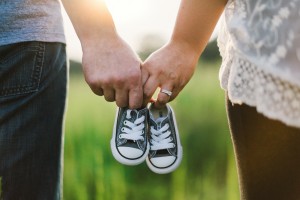 Before a woman even knows she’s pregnant, one fertilized cell becomes two, two cells becomes four, and those four cells quickly become eight. Each one of those cells represents entire systems of that fetus’ developing body, such as the digestive organs or the brain. This process is called cell differentiation, and it is extremely dependent on the levels of Vitamin A and iodine present in the mother’s body.

Traditional societies, whose survival depends on the strength of their next generation, promote healthy cell differentiation. How? They feed their potential new parents the most nutrient-dense foods available, even before they get pregnant: cream and butter rich in Vitamin A, cod liver oil, fish eggs, liver.

The Importance of Gene Expression

Today’s dietary guidelines for pre-natal needs focus on isolated nutrients such as folic acid and choline. Think about how little sense this makes. We’re not machines! If we were, it would be easy to thrive on a chemical formula.

Instead, our body builds itself based on our genes – our genetic map. Individual genes must be “expressed.” Simply put, the genes must give the orders for something to happen in the body, whether it’s a hair color, or a behavior such as addiction, or insulin regulation. Genes are expressed in response to all the elements of our day: food, sunlight exposure, stress levels, hydration, etc. This is because every one of us is a complex biological organism that has evolved along with sun, water, minerals, plants — all that the Earth contains.

And further, the nutritional status of both the future mother and father need to be addressed. First, their fertility will be determined by that status. The expression of their genes, passed on to the new baby, is affected by all of the elements mentioned, times two. Once pregnant, the diet and lifestyle of the mother is key to the genetic expression of the baby’s genes.

Muscle-testing analysis, and possibly genetics testing through 23andme.com, can help determine the best support for both mother and father before pregnancy, as well as for mother and baby while pregnant.