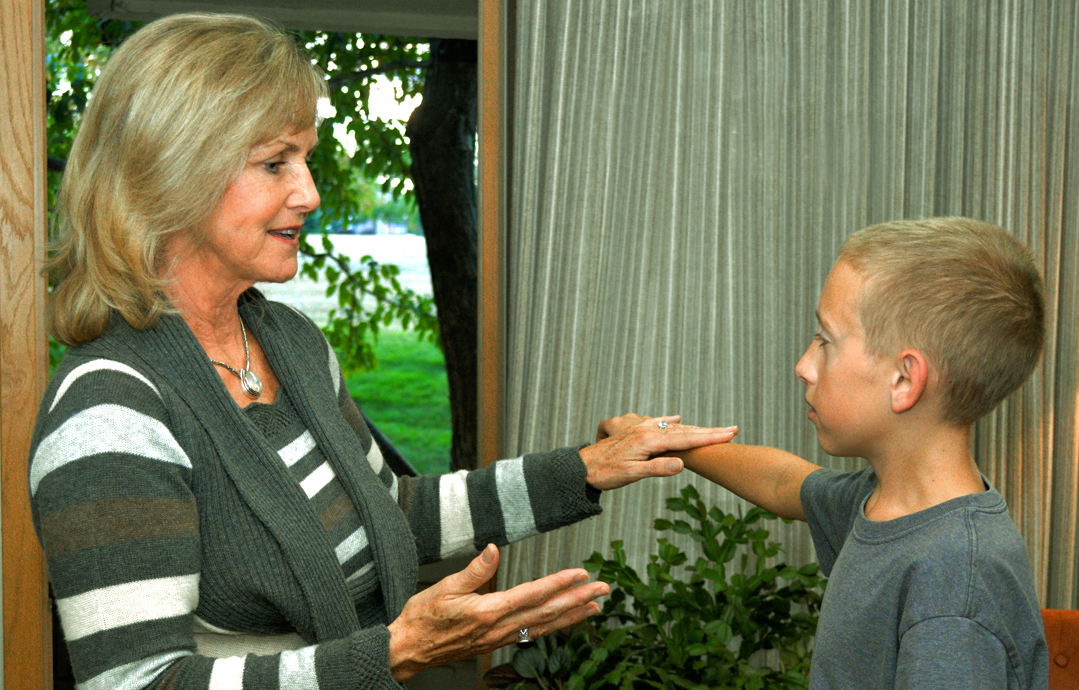 Contact Reflex Analysis, also known as CRA, is a simple, non-invasive technique that measures the energy flow through your different bodily systems. Too much or too little energy may indicate an imbalance in your physical structure, your nutritional chemistry, or in your emotional status. An imbalance in any of these areas could cause or contribute to various health problems.

Many times the indications of health problems are treated – symptoms such as headaches, acid reflux, or chronic exhaustion – while the actual causes of the problems go undetected. For example, headaches might be caused by an infection, or an under-functioning thyroid, or something altogether different, but conventional medicine treats all headaches with pain relievers. While the headache might go away for awhile, the underlying condition still exists and will continue to cause more headaches.

CRA works to uncover that root cause of your symptoms. What’s more, it is a very useful tool for determining the most effective protocols for correcting the problems. While western medicine achieves outstanding results with emergency and trauma medicine, it has proven less successful with chronic conditions. Because every human being comes into this world with a unique body, and a unique set of strengths and weaknesses, treatment plans should be customized – but how to determine exactly what each body needs? Conventional tools such as blood tests and scans help, but are still generalized. This is where the techniques of CRA contribute greatly to understanding each individual’s specific needs and rate of recovery.

Even more importantly, CRA works as a powerful tool for prevention of serious illnesses. We all know that a tiny leak in the roof can collapse an entire house over time; so too can “insignificant” health issues eventually erode the body’s fitness until it is overwhelmed with multiple problems. CRA can spot those small issues and help correct them, often decades before they manifest as life-threatening or chronic conditions.

Ancient peoples recognized that all life is animated by invisible streams of vital energy. At least 2,000 years ago, the Chinese developed the system of acupuncture, which examines and corrects the flow of this vital force through different points – called reflexes – on the body. Practitioners of acupuncture learn to “read” this flow, much as we might learn a new language in order to communicate with a person from elsewhere.

Today we recognize that this invisible energy is electricity. Electrical energy is present in every single cell of every living being. When the life force is strong, the electrical signal is strong, and vice versa. Building upon the work of medical pioneers, Dr. Richard Versendaal, D.C., developed CRA during the 20th century as a way of testing energetic reflexes  to communicate with the body’s intelligence.

CRA analysis is safe and completely non-invasive. The patient stands with one arm held out to the side. The practitioner gives a gentle push downwards on the wrist area while pointing at or touching various reflexes. If the reflex is healthy (if it has a free and balanced flow of energy through it), the arm will remain strong. If there is an imbalance in the reflex point, however, the arm will be suddenly weak and the practitioner will easily be able to push down the arm.

You might think of your body as a home, which powers its life support systems with electricity. The reflex points are like the breakers in your electrical panel, which control the various circuits that flow through your home. In a solid home, all the circuits are well protected by insulation and carry their appropriate load. But in some homes there might be too many appliances drawing on one circuit and the breaker trips, cutting off electricity to that part of the house. Or sometimes the wires in the wall or in an appliance become frayed, causing a short that also can trip a breaker.

As with an electrician, a CRA practitioner can analyze which “breaker” (or reflex) has been tripped, and from there, test further to see which “appliance” (or organ, or system) is compromised. CRA can then be used to uncover exactly which methods of repair will be most needed to restore full power to your home, your body.

CRA can be used to test babies and small children by using a surrogate, most often a parent. The child sits on the mother or father’s lap, and the practitioner tests the child’s reflexes on the extended arm of the parent. Children are not intimidated or afraid of this method of analysis. Because they are still so young, their bodies can respond very well to even slight corrections in nutrition.

Pati is a Master Practitioner of Contact Reflex Analysis, having used this technique on people of all ages since 1995. She spent three years teaching CRA workshops around the United States with Jack Caputo, D.C., and under the tutelage of the late Dr. Versendaal, whose dedication to the art of healing has impacted many thousands of lives for the better.